Dan Weissmann
(creator & host)
Dan is a veteran reporter for outlets like Marketplace, 99 Percent Invisible, Planet Money, and Chicago’s WBEZ. His work reflects sophisticated reporting, an engaging narrative voice, and a knack for snappy, accurate breakdowns of complex subjects—from urban segregation to the economics of America’s largest crop to the engineering miracles that turned the Chicago River into a sewer. Dan lives in beautiful Evanston, Illinois, with his family. You can find more of his work at danweissmann.com 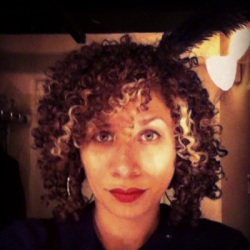 Whitney Henry-Lester (Season 1 and 2 editor) Daisy, and Dan at the Third Coast International Audio Festival in October 2018.  We had just posted the trailer. Hi!! A Chicago treasure since 2004, Mucca Pazza‘s self-description — “the marching band that thinks it’s a rock’n’roll band” — doesn’t begin to do the group justice. We’re honored to have Mucca’s War of Amusements grace the end of Episode 4.